Russia is running low on students. In September, economists

The Russian Ministry for Education is currently busy creating alist of universities that might qualify for this procedure. Maincriteria will be that the universities have to be located in one ofthe G8 countries (Russia, Canada, France, Germany, Italy, Japan,the UK, and the US) and listed in the Top 300 of either theShanghai Academic Ranking of World Universities or the QS WorldUniversity

So far, 300 universities are fulfilling both criteria. It is apity for the Russian universities that this does not includestudents from top institutes such as the ETH Zurich (Switzerland),Karolinska Institutet (Sweden) and Utrecht University (theNetherlands). Unfortunately, these countries are not part of theG8.

“Russia is also running low on people featuring a population of142 million in 2010 which has steadily declined since 1993. I doubtthat importing students to Russia will get Russia’s education outof the gutter. While its level seems very good as far as exams andlectures are concerned, the infrastructure is failing. Teachers aregetting paid lousy salaries and Russian universities are steadilygoing down in reputation, both nationally and internationally.

If Russia is so concerned about importing students fromuniversities high up in the QS-list, it might pay to look to itsown first. Maybe laying off 100k teachers and paying the rest ofthem greater salaries is a fix – just as Medvedev’s pet projectSokolovo dubbed “Russia’s next Silicon Valley”, might be one.

The latter, however, is closest to a black hole we havewitnessed on earth which every Russian scientist knows. In the end,this still disregards the fact that problems in Russian educationare inevitably linked to major problems in Russian society. Thesecannot be solved by flying in a few high potentials from the restof the world who likely end up working in one of Russia’s largestbanks.” 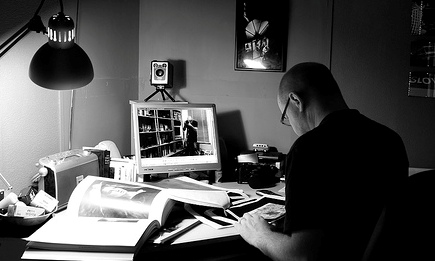 Students cheat and plagiarize - sometimes. But if they...