It is interesting to note that Euromed has been looking for apartner for many years. The business school first approached Ceram(an institute located in Nice/Sophia Antipolis) but the projectaborted apparently because of the reluctance from their respectiveshareholders (the local Chambers of Commerce). Then, Euromedengaged into thorough talks with Toulouse Business School in 2011but no agreement was reached. So, the question remains if BEM ispartner by default for Euromed and if clear synergies canoccur.

Desire to rise in rankings

Mergers are not new in the French competitive landscape. Toursand Poitiers Business Schools have merged; CERAM and ESC Lille didso a few years ago to create SKEMA. Furthermore, there is a projectof a “France Business School” which would see more than 6 businessschools fuse into one while Rouen and Reims business schools havealso announced a merger.

The main reason behind these mergers is the intensity of thelocal competition. Despite being international and being recognizedas such, French business schools still rely mostly on the localFrench market. And this market is strongly influenced by localrankings, which have many size-related criteria. So being biggerautomatically brings more points in the rankings. This trend issimilar to the recent phenomenon that French universities andresearch centers merge in order to rise in the ARWU “Shanghai”ranking.

Then, as for many mergers in other industries, the risk offailure is high for several reasons. Business schools areculturally different, building on their 100+ year history for mostof them, and are generally strongly anchored in their respectiveterritories, including the strong influence of the local Chambersof Commerce.

Then, the question of the financial synergies is yet to beanswered, not to mention the cost of the mergers and the potentialissues regarding their respective brands (keeping the 2 names orcreating a new one?). Economies of scale are not obvious,particularly for campuses located several hundred kilometersaway.

So, will the value of the new entity be higher than the value ofthe 2 former ones? This is questionable. The impact on thefinancial results could be negligible. In some ways, one of thepositive characteristics of French business schools is that theyare totally independent from universities and as such, able to bevery reactive. And becoming bigger is not generally synonymous withreactivity or proactivity.

The main positive aspect can be seen in terms of internationalvisibility. It could push more foreign students to opt for a degreefrom a French business school (the offer of programs completelytaught in English is common in France). It would also help Frenchbusiness schools with opening branch campuses abroad, a strategy,which despite regular announcements, is only timidly pursued,particularly if you compare this to the initiatives of UK, US andAustralian business schools. Hopefully, the local reasons behindthese mergers will generate positive international spillovers.

Francois Therin, Dean of the School of Business of CurtinUniversity Sarawak in Malaysia, ScienceGuide columnist(therin@curtin.edu.my) 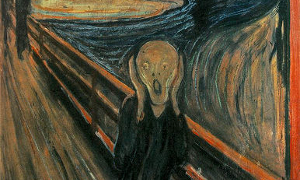