The Earth’s orbit is a mess. Leftovers from satellites, spentrocket stages, broken spacecraft fragments – hundreds of millionsof particles and debris pieces chase around at speeds of severalkilometers per second. This is not mildly unpleasant, but in factvery costly. Junk accelerated to such velocity is constantlythreatening to collide with existing satellites.

Insurance companies made a good business out of this. Takentogether, all currently working satellites have been insured for atotal of $20 billion (€15.2 billion). NASA tracks the movements of16,000 objects that are larger than 10 cm in diameter. TheInternational Space Station, meanwhile, needs to repeatedly changeits orbit in order to avoid collision.

Researchers from the Swiss Space Center at EPFL now

Following its launch, the new “janitor satellite” would beejected in an altitude of around 700 km. Subsequently, CleanSpaceOne approaches its target at a speed of 28.000 km/h, grapples itand carries it back into the Earth’s atmosphere where both go up inflames.

Swiss Space Center Director Volker Gass explained that “we wantto offer and sell a whole family of ready-made systems, designed assustainably as possible, that are able to de-orbit severaldifferent kinds of satellites. Space agencies are increasinglyfinding it necessary to take into consideration and prepare for theelimination of the stuff they’re sending into space. We want to bethe pioneers in this area.” 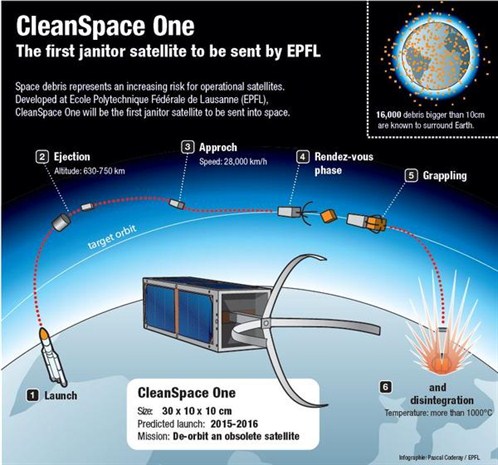 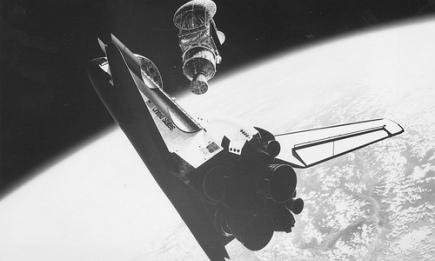 “The ultimate goal is Mars, but not for another...