International students in Germany (79.8%) and Sweden (75.7%) areparticularly eager to settle down after their graduation. Yet, only26% of the internationals in Germany realize that desire. For theUK this rate is around 25% which is OECD average. Noteworthy isthat the overall share of foreign students that plans to stay inthe UK is comparably low (51.4% for Masters). 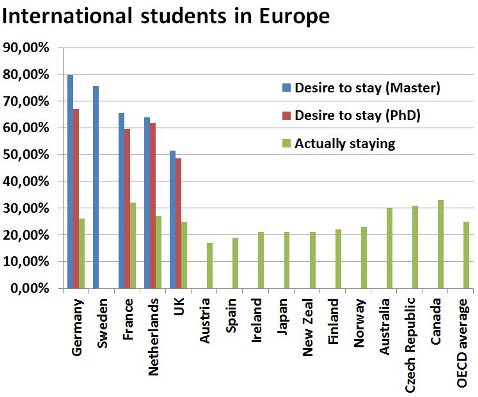 The researchers point out another phenomenon. Especiallyinternational students in the disciplines of engineering, naturalsciences and mathematics are more likely to stay in their hostcountry. By contrast, it appears that for students from socialsciences, arts, humanities and medicine it is hard to find a jobafter graduation. “Employment in these areas mostly requiresculture-specific knowledge and advanced language skills,” the studyauthors argue.

A big issue for international students is that they do not knowwhat the rules are to continue working in their host country oncethey are graduate (around 40% in all five countries). These rulesvary widely per country. While Germany is set to allow non-EUgraduates to stay up to 18 months to find a job after theirgraduation, the UK recently

England loses out on European students 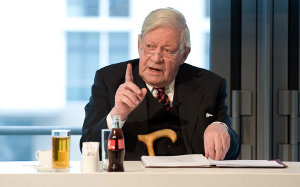 Bullshit. That is what Helmut Schmidt calls the media...