The British think tank will publish its report in two weeks, but already published a set of short term measures that “are necessary to steer through the forthcoming Spending Review and the immediate years ahead”. One of the recommended changes is to introduce a £5,000 ‘fee-only degree’ for students who live with their parents and/or have a part-time job while studying.

“These students would not be eligible for maintenance grants and loans so would pay a lower tuition fee. The new fee-only degrees would also save the Government £10,000 per student and enable ‘low cost expansion’ of the HE sector by up to 20,000 extra students.”

Prevent damage to reputation and most precious assets

Although Britain wants to attract more international students the coming years, the current policy might not be ideal, the IPPR argues. The think tank argues that “international students should be removed from the government’s net migration target and post-study work opportunities brought into line with our international competitors. This would allow universities to raise more of their own funds from overseas students’ fees. The Commission also argues that the government should stop making changes to the system for overseas students because the insecurity this generates is damaging to the UK’s reputation.”

IPPR’s projections suggest that on current government plans, the higher education budget could be cut by around £1.2bn over the next Parliament, a cut of almost a third. The Commission’s final report argues that the immediate challenge is to navigate this period of deep spending cuts in a way that does not do lasting damage to one of the nation’s most precious assets.

Not fair for vocational students

Nigel Thrift, Chair of IPPR’s Commission on the Future of Higher Education, said: “Higher education has to play its part and find its fair share of deficit reduction but we should not let the work universities and colleges do in driving economic prosperity be swept away by an avalanche of austerity. We are going to need to make major cost savings in the short-term, as well as grapple with longer-term arguments about the future of fees. The only way we will be able to afford to expand the number of students is if we offer a new type of degree.”

“The current funding system privileges full-time residential courses supported by student loans. But this is not appropriate for many potential students, who want to study vocational courses in their local area, live at home and combine their studies with paid employment. So universities and colleges should be able to offer a new £5,000 fee degree, focused on vocational learning and offered to local students who would be eligible for fee loans but not maintenance loans or grants.”

The report says “long-term reform is needed and models five options for change. But it makes clear that none of these reforms to the student funding system will help save money in the short term and warns that they cannot be used to help higher education make spending cuts in the near future. Because of government accounting rules, any short term changes would also have implications for the size of the deficit and would therefore need to be covered by revenue streams from alternative sources.”

The IPPR models how each option compares to the current funding system, the impact on graduates, and the implications for government finances over the long term:

• Raising the top rate of interest on student loans to 4.5 per cent. This would bring the estimated non-repayment on student loans down to 33 per cent and reduce the long term cost of the loan system to the government by £679m.

• Lower the maximum tuition fee to £6,000, while increasing direct government support for university teaching. This would require the government to invest an additional £637m in university teaching over the long term. It would reduce the long term risk of the funding system, as a greater share of the government’s contribution would be upfront. In the short term however it would require £1.67 billion in revenue from other sources to compensate universities up front for lost fee income.

• Lower the maximum tuition fee to £6,000 funded by changes to the terms of student loans. The government could lower the tuition fee to £6,000, but it could fund this by altering the repayment terms of the student loan. Lowering tuition fees to £6,000 could be cost neutral to the Treasury if the top rate of interest on student loans is raised to 4.6 per cent, or if the threshold at which graduates start to repay their loans is lowered to £17,120. Although fiscally neutral in the long term in the short term this option would also require £1.67 billion revenues raised from elsewhere to compensate universities for lost fee income.

• Fund tuition through a mixture of student loans and means-tested family contributions. The government could ask more affluent families to take out lower student loans, and pay some of their tuition cost through an upfront fee instead. This would relieve some pressure on the student loan system and could save the government £486m in the long term.

• A graduate tax. The government could abolish the student loan system, and replace it with a higher rate of tax for anyone who participates in higher education. In order to maintain the current level of resource flowing to universities, this rate of tax would need to be an additional 1.96 per cent on all taxable income above £10,000 for a period of forty years. 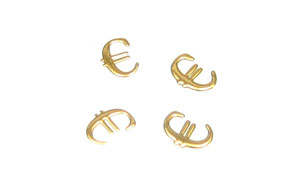 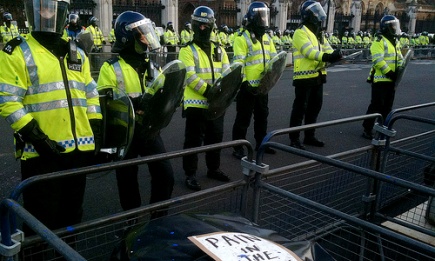 In an interview with the New York Times David...