It was not an easy task she was being given by the European Commission, Anne Glover recalls in The Guardian. “When I started work on 1 January 2012, my resources were close to zero. The limited staff available in 2012 significantly hindered the implementation of my mandate during the first year.”

Glover was tasked to address science to help policy. “I was not involved in the development of research policies such as Horizon 2020, but would advise on the use of scientific evidence in other sectorial policies.”

Digital Agenda as an example

This task proved to be a very difficult one, as Glover and her staff were often not on the radar of commission procedures which “resulted more than once in situations where internal information reached me accidentally, including from external sources, occasionally leading to embarrassing situations that reflected poorly on the commission. “

There was one directorate-general that showed himself very helpful however. Robert Madelin, the directorate-general under Neelie Kroes, almost adopted Glover and her team. “He proactively used the CSA as an ambassador for the digital society, and served at all times as a critical friend, being fully committed to evidence-informed policy-making. Had similar support been found commission-wide, the impact of the CSA role would have been greatly enhanced,” Glover writes.

During her term in Brussels, Glover learned that “EU policies are much more technical than national policies. This is because the bulk of them are about standardisation and harmonisation, which at the end of the day boils down to scientific-technical matters.” This means that science should play an ever more important role in political decision-making, which is not always the case, especially in the European Parliament and the European Council, Glover notes.

“The current European parliament elected in May 2014 consists of 751 MEPs from 190 different national parties, all with their respective philosophies. The research service of the parliament was established only in October 2013 and is still in its infancy. The European council does not have a science service at all and most member states do not have formally appointed government science advisers.”

What about Glover’s successor?

While it remains unclear whether Anne Glover will have a successor or not, she has some advice to gives. “It is absolutely vital that the CSA role, were it to be re-established in the future, is allowed to be much more transparent, while respecting the need for confidentiality with the president.”

For Glover and her team, “one could not expect that everything would be perfect when implementing the CSA concept for the first time in the European commission, but better support and preparation for the role would have made a very positive difference,” she writes. 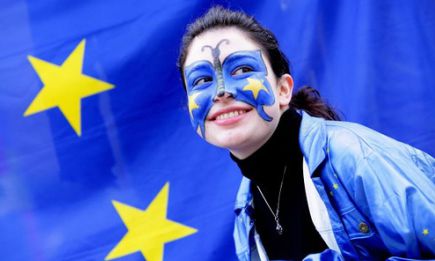 “This was new in Europe, universities started to develop...