Zij geven daarbij aan welke impact de roem en aantrekkelijkheidvan  hoogwaardig hoger onderwijs op de welvaart van de Brittenheeft. “The total contribution of higher education to the economyin 2007/8 was 33.4bn, equivalent to 2.3% of GDP. Our gross outputexceeds that of either the pharmaceutical or the aerospaceindustry.”

It has taken more than 800 years to create one of the world’sgreatest education systems and it looks like it will take just sixmonths to bring it to its knees. Britain’s higher education systemis superb second only to the US, with 18 of our universitiesin the world’s top 100 and recognised across the globe as a goldstandard.

Research-intensive universities have been given someconsolation; we certainly welcome the relative protection forresearch announced in December relative protection for researchannounced in December and the pronouncement that the needs ofworld-class institutions must be prioritised. But we are deeplyconcerned that cuts of this magnitude in overall funding will erodethe sustainability of our research and affect even the mostoutstanding universities.

When Gordon Brown was asked if there was still money to spend onLabour priorities despite the public-sector deficit, he replied:”Of course there is.” Perhaps the PM should consider what hisinternational counterparts regard as priorities. Nicolas Sarkozyhas just announced an investment of 11bn in higher education inFrance stating he wants “the best universities in the world”.Germany pumped a total of 18bn into promoting world-class researchalongside university education, while Barack Obama ploughed anadditional $21bn into federal science.

Universities are not immune from this recession. But there seemsto be a greater focus on cutting higher education funding thanalmost anything else. The health service, police and schools areall currently “protected”, presumably due to their perceivedimportance at the ballot box. Not so, it seems, HigherEducation.

Some 600m of cuts to HE were identified in the pre-budgetreport, on top of 180m ‘efficiency savings’ announced by the HigherEducation Funding Council for England over 2009 and 2010. InDecember the Department for Business, Innovation and Skillsannounced a further cut of 135m for 2010/11. The Institute forFiscal Studies warns that additional cuts of 12.3% over 2011 and2012 are needed if the government is to achieve its target ofhalving the national debt by 2013. This would mean another 1.6bn ofcuts for the science and higher education budgets, bringing thegrand total to 2.5bn equivalent to a third of the current annualspend on higher education.

Conservative policy is unclear, but the party has indicated anintention to reduce the national debt more rapidly, which raisesthe spectre of even harder, faster and deeper cuts.

It is a mystery why we are being subjected to this. Studentsleave university equipped with skills that are an essential part ofa successful knowledge economy. The UK is the world’s second-mostpopular destination for international students, generating 2.9bnannually for universities, as well as off-campus expenditureestimated at 2.3bn.

With just 1% of the global population, we produce 7.9% of theworld’s research publications and 12% of all citations. The totalcontribution of higher education to the economy in 2007/8 was33.4bn equivalent to 2.3% of GDP. Our gross output exceeds that ofeither the pharmaceutical or the aerospace industry. Sadly, the UKcan no longer claim to be world-leading in many fields ofendeavour. What a great shame it would be to undermine one of thefew spheres, namely our universities, in which we do actually stillexcel.

Some expect Lord Browne’s review of higher education funding tosolve the entire problem. This review was supposed to happenagainst a background of stable government funding. Browne’s missionhas become even more challenging and urgent against the ?backgroundof the current proposed cuts. He needs to produce a rigorousassessment of how much each beneficiary of higher education thegraduate, employer and society as a whole should contribute to thecosts of this vital service to the nation.

Our politicians must take a responsible approach to the fundingof higher education and recognise that it is one of the jewels inthe country’s crown, worthy of protection because of theextraordinary value that it brings to our society, internationalcompetitiveness and economy. We call on the government to stateclearly that higher education will not be cut further and toseriously consider reversing cuts already proposed.

Steve Smith, the president of Universities UK, has warned thatinstitutions face having to close hundreds of courses, with feweracademic staff and bigger classes. Reports suggest that as many as30 universities may not survive in their current form if evenminimal funding cuts are introduced.

We would go further than Smith’s bleak assessment. We live in aworld where ideas, innovation and entrepreneurialism are key toprosperity and wellbeing. Our universities are critical tosupporting this agenda for the next 800 years. This is a definingmoment. If politicians don’t act now, they will be faced withmeltdown in a sector that is vital to our national prosperity. Theyhave been warned. 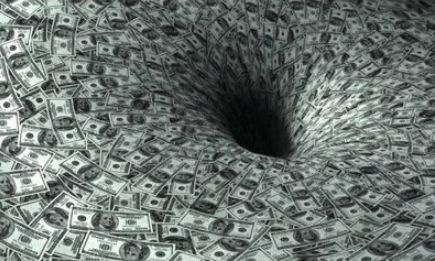