“A former Member (1991-92) and visitor in the School of NaturalSciences at the Institute, Dijkgraaf has found surprising and deepconnections between matrix models, string theory, topologicalstring theory and supersymmetric quantum field theory. He alsodeveloped precise formulas for the counting of bound states ofstrings and branes that explain the entropy of certain blackholes.”

The Search Committee who was in charge of selecting a newdirector for the institute emphasized that Dijkgraaf’s nominationwas both a sign for the international character of the sciencecommunity as well as its promotion of excellent researchers.

In its motivation statement the jury said that “we live in aworld in which the impact and influence of science knows noboundaries, nor should they. Testament to this fact is theselection of Robbert Dijkgraaf as the new Director of theInstitute. His appointment reflects the international nature ofscience and knowledge in our increasingly complex andinterconnected global community.”

“His rigorous intellect, matchless talent as a scientist,thinker, and teacher, along with the depth and breadth of hisexperience as an institutional administrator, make him anoutstanding choice to lead the Institute. We are delighted thatDijkgraaf’s appointment comes with the unanimous and enthusiasticendorsement of the Search Committee and the Board.”

Ralph Cicerone who leads the American sister institution of theKNAW commented on the nomination saying that “Robbert Dijkgraaf isa world-class scientist who brings mathematical rigor, great energyand humanity to every one of his many activities. He is greatlyadmired for his own original research and for his contributions toscience education. Simultaneously, he is a great leader oforganizations who displays genuine interest in learning what otherpeople are doing.”

When Dijkgraaf became KNAW president in 2008, he also joinedScienceGuide as guest editor in chief and

“Charmingly, Planck’s discoveries fundamentally ran counter hisintuition. For not only in his social and political views, but alsoacademically Planck was a conservative. However, he reviewed andchanged the laws of physics in order to understand the phenomena innature, because he simply felt he had to.” 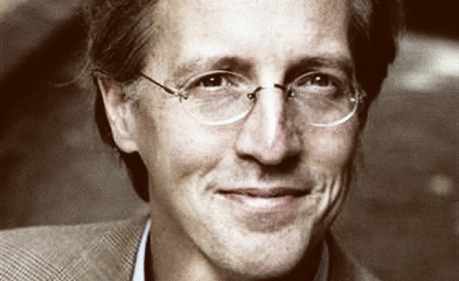