On the campaign trail with BKB, ScienceGuide editor Pascal ten Have went on a visit at the 87 year old ex-mayor of the Empire City. This is a recount of that meeting.

According to Koch, his support for Obama has one condition: the current president must considers an Iranian attack on Israel as an attack on the United States. Although Koch loves New York, it is not a surprise that the conversation starts with a stand on Israel. He is famous for his stances against anti-Semitism and pro-Israel. Koch supported George W. Bush before, although he could support none of his domestic policy, since  Bush’s War on Terrorism was “a just war that had to be won”. But  Koch also has domestic priorities, and that is why his vote now goes to the Democrat. While Obama’s policy on Israel is  “ok, [although] not great,” and Romney’s foreign policy is more to Koch’s liking, he finds Romney’s plans on MediCare unacceptable.

The political system in the United States is heavily polarized, is the system broken?

Yes, the US Supreme Court took away the limitation on giving money to political candidates. Money is now perceived as free speech. Congress must identify these people. They don’t file the name, but you need to know who gives money, the system has to be transparent. This unlimited spending is the worst thing that ever happened to the political system”.

“I urged mayor Bloomberg, a marvelous mayor by the way, to run for president in 2012 as an independent candidate. It is hard to win as a third party candidate, but I believe he could have won”.

You are famous and popular ex-mayor, there’s even a bridge named after you, where are you most proud of?

“My legacy. First of all, as a former Senator once said: “you gave the people of New York their moral back, the shame went away”.  Secondly I was the first mayor in 15 years that balanced the city’s budget. Three: I built 250.000 apartments: 180.000 new apartments and 70.000 upgrades, all paid by the city’s government. Four: I put a stop to the public funding for the elections of city council members. Finally, I started the anti-smoking campaign in restaurants”.

“I was mayor of NYC, the second most important job of the United States, three times. Why? I didn’t have any aspirations when I was young, but when hard times came, I was in the Congress.  And when the elections approached I thought, “I can do way better than those other six guys”. My first election I won with 50% of the votes. The second with 75% and the third with 78%. The fourth time I lost, because the ‘black vote’ abandoned me. They were mad at me because I attacked Jesse Jackson during his presidential campaign. But in hindsight it was good that I wasn’t reelected. I would have died in my fourth term. “

“I have always believed that public service is the noblest of professions if done honestly and done well. Every year we have a meeting with over 200 ex-mayors, and we all look back at our time as a mayor as the best part of our life”.

As a specialist in balanced budgets, do you believe that Mitt Romney could balance the budget without affecting the middle-class?

“I believe in a balanced budget, but there are no free lunches in life. Someone has to pay for it, and it is likely that the middle-class will feel it.

Do you have any tips for Europe?

Like I said, I believe there are no free lunches. The income of next year shouldn’t pay for today. In the US it is terrible, 40% of our budget is borrowed, of which is 25% from China”. About the situation in Greece, “they retire way too early, I can’t stop laughing”. “I recently saw another example of bad politics in Europe. François Hollande made a new law that said that French children don’t have to do homework anymore. Because some parents can’t help their children with it. That’s just nuts!”

Finally, who do you think will win the elections?

[Note: this is prediction from October 18th] I think Romney could win: Obama’s enormous lead over woman and Hispanics shrunk heavily in the last weeks. I don’t say that Romney will win, but he could win.  The Democratic Party spent a lot of money to make people believe that Romney does not relate to, or understand normal people. I don’t believe that and it will not decide the elections.  The economy is a far more important topic”.

Edward Koch, New York’s legendary mayor during most of... 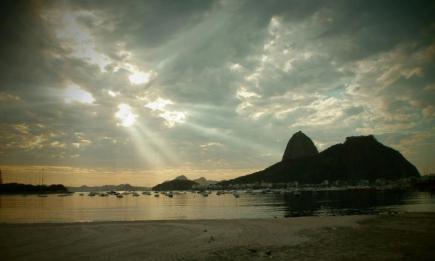