All members of the EUA have adopted the statement on TTIP – and the Trade in Services Agreement (TiSA) – in which they call on the EU to make no commitments in higher and adult education within such new treaties. The EUA recognises the European Commission’s reassurances that public services will be protected. However, under the existing General Agreement on Trade in Services (GATS) higher education does not satisfy the criteria which allow exemption for “services supplied neither on a commercial basis nor in competition with one or more service providers.”

HE not a commodity

EUA Secretary General Lesley Wilson said that “higher education is a public responsibility which not only supports social cohesion but also addresses the growing needs of Europe’s labour markets. It is not a commodity to be transacted by commercial interests on a for-profit basis nor should it be subject to international trade regimes.”

According to Wilson, greater global governance in higher education is desirable, but should develop on the model of the UNESCO-supported academic recognition frameworks, designed and implemented by the sector.  “The internationalisation of higher education has developed at a fast pace in recent years: collaborative research, staff and student mobility, open and distance learning – to name a few aspects – have all flourished, and have done so without the framework of trade agreements.”

A summary of the statements made by EUA reads as follows:

1.            Higher Education (HE) is a public responsibility to which all citizens must have right of access, and not a commodity to be transacted by commercial interests.

2.            TTIP and TISA create uncertainty on the ability of Member States to determine the nature of their HE systems due to the limited scope of legislative action once the agreement has come into force and the requirement that service liberalisation: (a) can never be reduced and (b) all future services must fall automatically within the scope of the agreements.

4.            Domestic policy is threatened by the Investor State Dispute Mechanism (ISDS) which gives corporations the right to sue public authorities if they consider that local legislation obstructs their ability to generate ‘legitimate’ profit.

5.            The secrecy of the negotiations prevents the sector from understanding what specific aspects will impinge on its operating environment – not only on learning and teaching but also data collection, research and development, intellectual property and e-commerce.

6.            Higher education, unlike trade, is not an exclusive competence of the EU. Any commitments made in TTIP or in TiSA would go far beyond the scope of its complementary competence.

The full statement can be read here 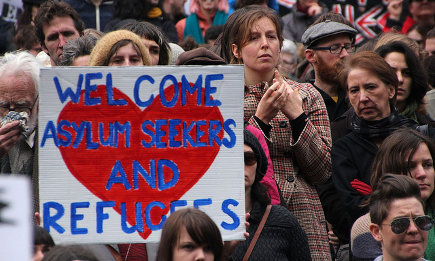 The rectors of German universities call on their institutions...