Ahmed Mohamed was arrested in his school last Monday over concerns that he had brought in a bomb. Turned out that enthusiastic tinkerer Mohamed brought his ‘scienceproject’ – a self made clock – to school as he was proud to show his work to his teachers and fellow students.

Word of the arrest of Mohamed went viral as a lot of people saw another example of ignorant racism/islamophobia in the incident at the Irving MacArthur High in Dallas County. As a result the hashtag #IstandwithAhmed went viral as millions of people showed their support for the STEM-prodigy.

The kid that was wearing a NASA-student Tshirt at the time of his arrest, is an example of a young maker, a thing that is regularly celebrated by the White House, as it holds an annual White House Science Fair to applaud young engineers and scientists and a De,Day for innovators. President Barack Obama was admirably quick to respond to what happened to Ahmed Mohamed.

Cool clock, Ahmed. Want to bring it to the White House? We should inspire more kids like you to like science. It’s what makes America great.

The president invited Ahmed to the White House to show his clock as he validated the schoolboy as a perfect example of a youngster inspired by science. In the White House Astronomy Night Barack Obama will receive Ahmed as his special guest. It turns out, that’s not the only invitation Ahmed got. Facebook-founder Mark Zuckerberg, MIT, Google, GE and NASA invited the 14 year old too. His present schedule could make any STEM-lobbyist jealous!

Ahmed Mohamed is now applauded by the brightest minds in the world. Apple-founder Steve Wozniak said on Facebook that the Ahmed of 2015 reminded him of his younger self. “The story about the kid arrested for making a clock takes me back to high school in 1967. I built an electronic metronome and placed it in a friend’s locker, along with a tin-foil switch to speed up the ticking when the locker was opened.”

“I couldn’t hold my laughter when Principal Bryld told me how he extracted the ‘bomb’, ran out to the football field (from the C building), and dismantled it. I wound up spending a night in ‘juvie’. I did teach other inmates there how they could remove the electric wires from an overhead fan and attach them to the metal bars to shock the guards,” Wozniak wrote. 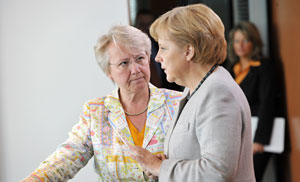 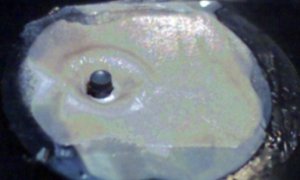