In a contribution to the magazine of the Messe, Rutte looks ahead and sets the agenda for the international debate on Industry 4.0 and the typical Dutch approach towards innovation in Internet of Things and ‘smart industry’: the ‘triple helix of R&D and higher education, industry and policymakers working together, challenging each other and cocreating new high-tech ideas, products, services and applications of knowledge.

You can read his input for Hannover here.

“In 2014 the Netherlands was partner country at the Hannover Messe. And what a tremendous honour it was. Of course, I already knew that it was the world’s premier industrial trade fair. But nothing could have prepared me for the event itself. The place was bursting with knowledge, innovation and quality. From high-tech machines to robots to nanotechnology – all under one roof. At first glance it all seems very futuristic, but it’s actually knowledge and know-how we already have at our fingertips.

Knowledge and know-how that is so urgently needed around the world to help tackle today’s challenges, like climate change and energy demand. As the saying goes, ‘Power is gained by sharing knowledge, not hoarding it’. And that is precisely what the Hannover Messe is all about: sharing knowledge and expertise to build bridges in the international manufacturing industry.

Manufacturing is a cornerstone of the German and Dutch economies, and of our nations’ economic ties. Germany is our most important trading partner. Annual trade between our countries exceeds €160 billion, making it one of the world’s biggest bilateral trading partnerships.

So it is only logical that we look towards the future of industry together. A good example is the joint work being carried out by the Dutch University of Twente and the German Fraunhofer-Gesellschaft. Over the next year Fraunhofer will set up a project centre at the university. Here, the two institutes will join forces with the business community to turn scientific knowledge into practical applications. In industry and in our border regions the distance between the Netherlands and Germany is becoming ever smaller. So too is the distance between knowledge institutions and businesses.

In the Netherlands we refer to the partnership between businesses, knowledge institutions and government agencies as the ‘triple helix’ of innovation. In 2014, when the Netherlands was partner country, we brought all of these stakeholders together at the ‘Wissenstag’, a meeting place at the heart of the Hannover Messe. This proved so popular that it has now been made a permanent feature at the fair, an initiative I can only applaud.

In the Netherlands we say that a good neighbour is worth more than a distant friend. Germany is a good neighbour as well as our best friend. As Angela Merkel said in 2014, ‘We are not just neighbours but also close friends at the heart of Europe’. And she was right. We are neighbours, trading partners and friends.

This year’s partner country at the Hannover Messe – the United States – is also a good friend of the Netherlands. We may be further apart in terms of distance, but we are close in terms of friendship and cooperation. In 2015 the trade between our countries rose to €50 billion. We couldn’t wish for better friends than Germany and the US. We value these friendships and will cherish them for many years to come.

‘Power is gained by sharing knowledge, not hoarding it’. This applies to countries, like the Netherlands, Germany and the US, as well as to organisations, like universities, businesses and government agencies. It is on the basis of this international mix of knowledge and expertise that we are looking towards the future of industry at the Hannover Messe. As Nobel prize-winning scientist Niels Bohr once said, ‘Prediction is very difficult, especially about the future’. I beg to differ. But then Bohr had never heard of the Hannover Messe.”

Mark Rutte is Prime Minister of the Netherlands

NSA is not the enemy, it is Silicon Valley

“We are trapped in the vocabulary of Silicon Valley.”... 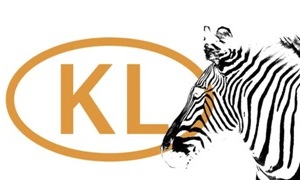