Much of next year’s science funding won’t come from this budget but from the stimulus package, which contained $1.6 billion for the Office of Science and billions more for additional energy R&D.

Chu highlighted the department’s biggest new research initiative, a set of eight new Energy Innovation Hubs, each one focused on a different energy-related challenge: solar electricity; fuels produced directly from sunlight; batteries and other kinds of energy storage; carbon capture and storage; new technologies for the electrical grid; efficient buildings; extreme materials; and modeling and simulation. The centers will be modeled on DOE’s three recently established bioenergy research centers. Each one will be funded for 5 years, at about $25 million annually. The 2010 budget proposal includes $280 million for these hubs.

“This is something that I feel quite passionate about,” said Chu, speaking about plans for the Energy Innovation Hubs, which he described as little Bell Labs. “Everybody in this building or consortium says, ‘we’re devoted to delivering solutions, not just science papers, but solutions’. But it will require some basic science.”

James Duderstadt, former president of the University of Michigan, who recently chaired a Brookings Institution–sponsored study group that called for drastic increases in government funding for energy research, said the budget proposal is “definitely heading in the right direction.” The new “hubs,” he said, could work in concert with ARPA-E and 46 new Energy Frontier Research Centers, which also are supposed to receive funding this year. Together, Duderstadt says, “it’s a very powerful portfolio” of new research initiatives.

Some programs will be scaled back under the plan. Chu is proposing to cut funding for the hydrogen vehicle program, for instance, which prospered during the Bush Administration, from $169 million to $68 million. 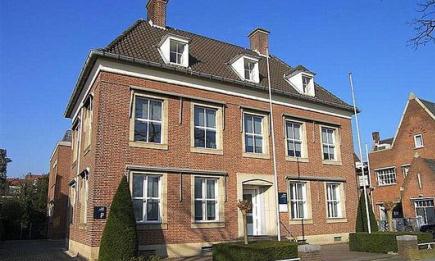