In 2015, a study by the Max Planck Society showed that the transition from the classical subscription model to Open Access could be realized within existing library budgets via offsetting deals. In 2016, the Dutch universities settled the first offsetting deals with twelve main publishers. In 2017, an appeal to the Freedom of Information act forced the public disclosure of these deals. The web site Openaccess.nl provides an overview of the deals.

The following is an analysis of the contracts with the four largest publishers.

The essence of the publishing offsetting deals is that the publisher is no longer paid for providing a service to the reader (giving access to articles), but to the writer (publication of articles). This service to the writer comprises the organization of the peer review process, the editing, circulation, and indexing of the article. In both cases, the institution to which the reader respectively the writer is affiliated, pays the bill: in the reader model through the library, in the writer model through the research budget. However, via the offsetting deals the libraries use their subscription budgets for paying the services to the writer.

In the reader model, it is not possible to determine per publisher the price paid for publishing an article. Although the price of a journal subscription is known and also how many articles are published in that journal, the total number of subscriptions to that journal is kept secret. Hence the price of the article is also unknown.

In the writer model however, this is possible. The simplest situation is that a writer approaches a publisher directly for publishing their article in a journal. The price is then on the invoice. Sometimes institutions settle bulk contracts for publishing larger numbers of articles due to the discount that may result. Institutions require these articles to be published in open access, not just for social reasons, but also to combat double dipping. This is the technique to make one country pay for publishing an article via the writer model and another for giving access to this article via the reader model.

Offsetting deals in the Netherlands

The offsetting deal with Elsevier includes all 6000 articles published by Dutch first authors annually with this publisher. The Netherlands pays M € 12 annually. This would amount to € 2000 per published article. But that number is misleading. In 2018, Elsevier will make only 1800 of the 6000 articles open access (in 420 of their 2500 journals). The remaining 4200 articles are placed behind a paywall. Thus, additional money may be requested elsewhere for access: a case of double dipping. Only via a surcharge of € 500 to € 5000 per article, Elsevier will collect these articles from the paywall and make them open access. For all 4200 articles, it will be over M € 12. Then the average price will be € 4000 per published article.

To Springer the joint institutions pay M € 2.8 annually. For this amount, up to 2200 open access articles can be published in its 2000 hybrid journals. This covers the total Dutch production in these journals (2113 articles in 2016), resulting in an average of € 1300 per published article. Springer has kept their 400 open-access journals outside of the deal. Publishing in these journals costs $ 2200 per article. Also the 400 journals of learned societies fall outside the deal. Their prices vary enormously.

All 1350 hybrid journals of Taylor & Francis are included in the M€ 2 deal. The number of articles published in these journals in open access is not limited. In 2016 that were 1340 articles. This amounts to € 1500 per published article (or less if the number of articles increases). Authors publishing in one of the 160 open-access journals, which are not included in the deal, pay € 2150 per article.

A study of the Max Planck Society concludes a worldwide expenditure of € 7.6 billion for academic journals and an annual research output of 1.5 to 2 million journal articles. So, the current price per article averages to between € 3800 and € 5000. Even if one includes the apparently bad Elsevier deal, for the four largest publishers, together covering over 40% of the Dutch article production, the price paid via the new offsetting deals remains (amply) within this amount. This underpins MPS’s statement that a full scale transition to open access can be paid from existing library budgets.

Only thus, competition between publishers is under way. 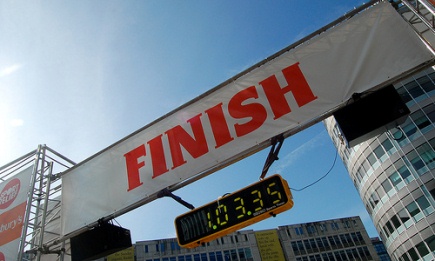 If you want to be cited three times more,...