Equal Pay Day, like every year, offered a plethora of well-meant checklists, aimed at women, on how they should act to get the same salary as their male peers. And so, last Monday, women once again were told how to negotiate (never make the first offer; ask a male colleague what he earns; list your responsibilities and skills; certainly do not get emotional), how to speak (low-pitched voice, don’t overdo the arm gesturing, don’t look angry but definitely don’t smile too much), and how to dress (“dress for the job you want, not the one you have”).

Laying the responsibility on women

Pump Your Career’s programme is more of the same. Male and female experts explain in ‘Inspiration sessions’ to participating ‘female scientists’ how they should personally present, promote and distinguish themselves, position themselves as leaders, market their achievements, communicate constructively, and, at the same time, also find time for balance and energy in academia. These sessions have cheerful, uplifting titles, such as #IamRemarkable | Self Promotion Skills and Cold Hands, Warm Heart – A media training with pressure and passion!

The event and the negotiation checklists undoubtedly come with the best intentions, and there certainly will be women (‘female scientists’) who will individually benefit from them. This is all for the best, and it is laudable and important that LNVH and NWO take gender inequality in the academy seriously. At the same time, this type of event puts the responsibility of solving this problem squarely at the feet of those who suffer from it. It is the women, those who are disadvantaged, who must take action by means of individual self-development.

The message is clear: this is the only way for them to become as good as men. That is why they get the ‘opportunity’ to spend time and money (there is a 75-euro registration fee) on attending a day where they receive tips on how to present themselves as men do – while the men whom they should imitate can spend a full day on their research. In this way, the structures that favour men and negatively impact women do not really get challenged or problematized. Individual women’s positions may improve, but not much will change in the long term.

We see two solutions. Pump Your Career is organised only once every three years. This is an opportunity to fill the two-year space between editions. One slot should, we think, be dedicated to jointly find solutions to the problems of the current system. Why is there so much emphasis on individual achievements, instead of on teamwork? Why must an academic be self-confident, rather than take a questioning position?

This is where the workshop presented by Belle Derks and Ruth van Veelen at Pump Your Career would fit in: their session on how the male academic stereotype influences women’s career perspectives in academia appears to be the only part of the programme that makes an attempt at problematization. Questioning that norm is essential: if everyone must meet this masculine norm to ‘succeed’ in academia, it is questionable whether academia really will become more diverse.

The second solution is that, besides women, men will also actively engage to change the status quo. The burden of promoting diversity will then be shared equally and will no longer be an additional load for the group that is already disadvantaged. This does not require workshops, just time and energy.

A few suggestions for a beginner DIY Diversity Man: when organizing a conference, do not only invite men; refuse to participate in an all male panel if invited to do so; question yourself actively whether you offer women at least the same level of mentorship as you do men and adjust where necessary; be open about the paygrade at which you were hired in the same job in the same phase in your career; campaign for lactation rooms; if you cannot accept an invitation then refer to a female colleague in your field; join a diversity commission and act according to the ideals that are discussed there. Of course, all this also applies to other forms of diversity.

It may be easier to also organise a three-yearly workshop specifically aimed at men (‘male scientists’). A possible title might be: How NOT to Walk All Over Women, with workshops and inspirational sessions such as #IamNotThatSpecial | Fair Promotion Skills, Help! Panel wanted – how not to end up with a manel, and Constructive Communication (how not to interrupt women when they talk, even when they smile at you).

Do these suggestions sound a little absurd? Would there be any male academic who would sacrifice precious research time to attend such an event? If the answer is “no”, then we should ask ourselves why we do expect this from female academics.

The authors are grateful to Robin Oomkes, who (as a DIY-diversity man) offered to translate this piece from Dutch to English. Robin Oomkes studies Arts and Culture (research MA) in Leiden. The Dutch version of this article can be found here. 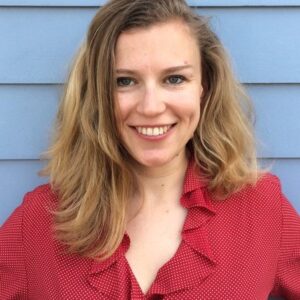 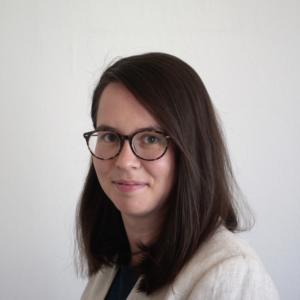