policy. It is right that the emphasis at this meeting, is on our external energy

policy. But any debate about energy security must also be about climate

change and its links to our economy, since these elements are interdependent.

The science of climate change has never been clearer. Without

further action, scientists now estimate we may be heading for temperature

rises of at least 3-4C above pre-industrial levels. We have a window of only

points. These would have serious consequences for our economie growth

prospects, the safety of our people and the supply of resources, most notably

energy. So we must act quickly.

We are faced with a shared dilemma, both here in Europe and

elsewhere in the world. To ensure well being for a growing world

population with unfulfilled needs and rising expectations, we must grow our

economies. Should we fail, conflict and insecurity will be the result. To

grow our economies we will continue to need energy. Much of that energy

will be in the form of fossil fuels. The logic of this dilemma is that we must

treat energy security and climate security as two sides of the same coin.

We know that we can meet this challenge. Europe has the

carbon economy that will be necessary over the next few decades. The

technologies are already available or within reach, and there are real

potential economie benefits to European market leadership in this area.

In the UK, Sir Nicholas Stern has almost completed a groundbreaking

study which will, for the first time, teil us in much more detail about the

economie consequences of climate change. We expect this to say that we

Other countries have already recognised that it makes sense to move

efficiency. This is one reason why China has such ambitious targets for

energy efficiency and renewables. We have a chance to build much more

ambitious energy partnerships with China, India and others that will

leverage our market power with theirs and potentially set the technology

of energy will also make any country less dependent on external supplies.

And this policy will also help us meet our climate change objectives.

We will need the Commission to lead the policy process. Courage

and imagination will be called for in bringing forward ambitious proposals.

The Strategie Energy Review will be a critical exercise. Climate security

should be one of its top objectives.

We want to see a programme of proposals, including:

• Strengthening the EU Emissions Trading Scheme (which is critical

for driving the carbon market) with progressively tightening caps

to non-EU countries. We hope the Commission will deliver a

forward looking proposal as early as possible in 2007, guaranteeing

both an internal level playing field and providing more certainty to

• Taking forward the proposals in the Energy Efficiency Action Plan as

a priority, including ambitious measures such as on standby functions

on appliances and reducing emissions from cars and buildings;

• Stepping up cooperation with third countries on energy efficiency and

forward the transition to a low carbon economy;

elements of an effective and durable post 2012 framework, equivalent

in scale to the nature of the challenge we face.

In conclusion, a historie political choice faces us. The need to respond

generation opportunity for Europe to mobilise the political will and

resources to transform and modernise our energy system. The EU must be a

frontrunner and continue to lead the way.

Climate and energy security must be discussed at the highest level.

At Lahti, we will call for a genuine, in- depth debate on climate change and

its links to energy security at a European Council next year, going beyond

the discussions we have had to date. We also seek agreement that climate

and consultations. We hope we can count on your support.

We are copying this letter to other members of the European Council. 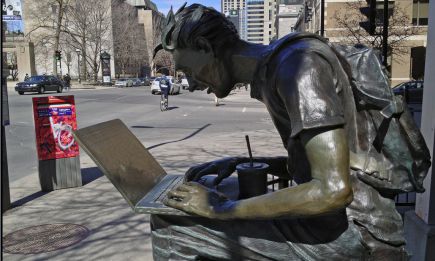